Screenwriter and motion picture producer Tony DeRosa-Grund failed to list his interest in a movie “treatment” (partial script) he had written and certain rights involving the movie “The Conjuring” on the sworn bankruptcy schedules which he filed in his Houston, Texas, Chapter 7 Bankruptcy case. Not listing the asset constitutes a representation by the debtor that the asset does not exist and/or that he does not own the asset. After the debtor was discharged and his case was closed, he filed several lawsuits seeking substantial damages alleging that he owned certain rights to “The Conjuring” and that he was entitled to some of the profits made
as a result of the marketing of such movie.

Bankruptcy Judge Jeff Bohm found that the debtor’s omission of his rights in “The Conjuring” from his bankruptcy schedules was not inadvertent, that he concealed such rights and that, he will be estopped from receiving any proceeds from the Trustee’s administration of such asset even after all of the bankruptcy estate’s creditors have been paid. See In Re: DeRosa-Grund, 544 B.R. 339 (Brktcy. S.D. Tex. 2016). The Court based this ruling on the doctrine of judicial estoppel. The Court held that: “[t]he doctrine of judicial estoppel prevents a party from asserting a claim in a legal proceeding that is inconsistent with a claim taken by that party in a previous proceeding.” He also held that, “In a bankruptcy case, judicial estoppel both deters the dishonest debtors – whose failure to fully and honestly disclose all their assets undermines the integrity of the bankruptcy system – and protects the rights of creditors to an equitable distribution of the estate’s assets.”

The Elements of Judicial Estoppel

The Basis for the DeRosa-Grund Judicial Estoppel

Chief Judge Bohm found from the evidence at trial that the debtor’s exclusion of his interest in the rights related to the movie was intentional. The debtor knew he had those rights and motive to conceal them. He chose not to list them on his sworn bankruptcy schedules.

The Court’s Acceptance of the Prior Position

The Court relied upon such representation in granting him a discharge of his considerable debt.

His excuse for not listing the asset was that he didn’t list the rights because he thought they had no value and that his bankruptcy lawyer simply left them out. He knew that he owned them and never asserted that he did not know that he owned them. The Court observed that a debtor who reviews his bankruptcy schedules with his attorney cannot blame his attorney for inaccuracies in the bankruptcy schedules – even if the debtor is inexperienced with financial affairs.

The Court found that only a few months after filing his sworn schedules of assets (not listing any interest in the “treatment” for “The Conjuring”) the debtor began threatening New Line Cinema with a lawsuit on the grounds that it was misappropriating the treatment in order to develop, a screenplay for “The Conjuring.” In short, the debtor was attempting to recover on a claim which he asserted (by exclusion from his schedule of assets) to the Bankruptcy Court and his creditors, did not exist.

Later the debtor did sue New Line, Warner Brothers and others, in at least four other lawsuits, alleging such misappropriation in other courts while failing to amend his bankruptcy schedules to show that such claim existed and that he and his bankruptcy estate owned the asset. Then several years after his bankruptcy case was closed he filed a motion to reopen the case to list his claims to the “treatment” for “The Conjuring” so it could be administered by his Chapter 7 Bankruptcy Trustee.

Cheating the System Has Consequences

Judge Bohm viewed such action to be part of fraudulent litigation conduct and an attempt to play fast and loose with the truth. In reopening the bankruptcy case for the trustee to administer such concealed claims, the Court emphasized that any excess proceeds which remain after the trustee administers the case and completely pays off all claims and the trustee’s fees should never go to the debtor (as is usually the case) but rather to the United States Trustee or be made available to public interest, charitable, educational, and other public service organizations. DeRosa-Grund @ 383.

The Court also ruled that the claims could never be abandoned by the Trustee in the event that they are not administered and that the debtor never receive any benefit from the concealed claims as to rule otherwise would undermine the very purpose of judicial estoppel. The Court found that Mr. DeRosa-Grund had “cheated the bankruptcy system and will now suffer the consequences.” Judge Bohm then referred the case to the United States Attorney’s Office to determine whether the debtor’s conduct amounts to a bankruptcy crime worthy of prosecution.

The Benefits of Full Disclosure

Had the debtor timely disclosed his claims related to “The Conjuring” and assisted his bankruptcy trustee in pursuing them his efforts may have led to the generation of sufficient funds to pay off all of his claims and the excess proceeds paid to him.
By concealing this asset the debtor lost this valuable opportunity. Full disclosure should always be made. 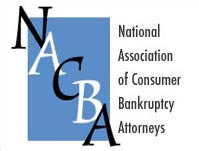